How did our education system get where it is today?

Leave a comment Posted by Bob Goodnough on January 28, 2020 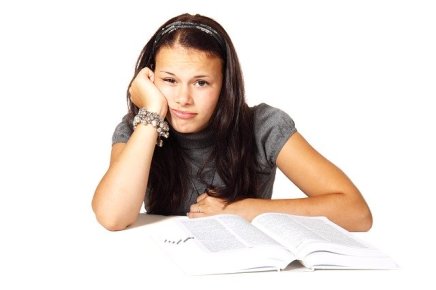 Image by PublicDomainPictures from Pixabay

The best description I have read of the thinking behind our public education system is Les déshérités (The Disinherited) by Francois-Xavier Bellamy, published in France in 2014. Bellamy traces the root of modern educational thinking to the philosophies of René Descartes and Jean-Jacques Rousseau.

René Descartes (1596-1650) believed that all knowledge could be attained by deduction. The human mind has the capacity to discover all truth, solely through reasoning with no outside input.

Jean-Jacques Rousseau (1712-1798) went a step further. He believed that we are all born pure and all the problems of mankind are the result of impure ideas taught by our society. Therefore it would be best to let a child grow with the least restraints and the least teaching possible. In the purity of his simplicity he would be able to discover all that he needed for a fruitful and happy life.

In France, Pierre Bourdieu taught that the inequities in society were a result of the things inherited from the past. If we could avoid passing on the antiquated ideas of civil society, morality and religion, those inequities would disappear. In the English-speaking world, each country has had its own Bourdieu, but Descartes and Rousseau laid the foundation for the philosophy that prevails in most of the world.

Teachers in France today are told that they have nothing to pass on, their job is simply to help students discover for themselves how to read and write, how to do math and science, and to determine for themselves what is right and wrong. Those ideas are not unique to France. Wherever we live, we can see evidence of that kind of thinking and what it has led to.

M. Bellamy writes that we have finally come to the era that Rousseau dreamed of. People today have been disinherited of all the values of the past, and the result is not the benign bliss imagined by Rousseau. He dreamed of the noble savage (le bon sauvage in French), an outsider who has not been corrupted by civilization and thus symbolizes the innate goodness of mankind.

What we have wound up with is a generation of savages who are not very noble. The inequities in society have not disappeared, but rather seem to have become worse. The thinking of our day goes so far as to say that it is wrong for gender identity to be imposed on children. They must be free to choose their own gender. This is not liberating them, it is setting them loose in a labyrinth with no exit.

Bellamy says we urgently need to resume teaching our intellectual, moral and religious heritage. It does not liberate children to leave them free to discover math, grammar and spelling on their own. In fact, it tends to perpetuate divisions in society. Children of more prosperous parents will get help at home to make up for the shortcomings of the education system, while children from poorer families, or immigrant families, will not be taught the skills they need to escape poverty.

When one has been taught a value system which they believe to be liberating, they are blind even to such self-evident truths. Beyond that, they are blind to the values of history, culture and religion which enabled society to function in a more or less orderly fashion in past generations.

I found this book illuminating. It explains so much that is happening around us today. It explains why those who graduate from university with a bachelor of education degree have not been taught anything about the subjects they are to teach, or how to teach them. That’s not their job. Their job is to stand back and facilitate “discovery learning” in the children in their classes.

If we think that the public educations system has strayed far from its original purpose, we are badly mistaken. If we read what was said by the founders of public education we see that today’s system is what they had in mind all along. They saw family, religion, history and tradition as barriers to freedom. That teaching began in universities and has taken a century and a half to filter down to all levels of society. Useful, practical education was never the primary goal of public education. Public schools were intended to be the means of introducing modern thinking to society. By modern thinking they meant the philosophies of Descartes and Rousseau.