A matter of the heart, not the head

Leave a comment Posted by Bob Goodnough on February 27, 2020 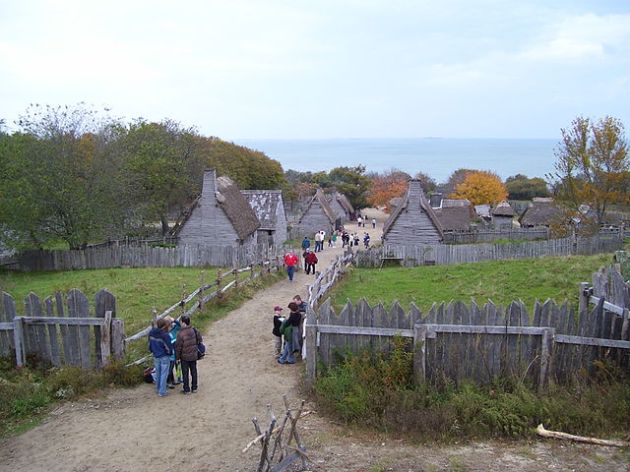 As I walked the dusty streets of Plimoth, Massachusetts, Samuel Fuller fell into step beside me. “The church hierarchy in England says that we are not a legitimate church, because we have no ministers. A church is made up of Christian people; they don’t even have a church. Who made them ministers and bishops?”

On my father’s side I am descended from English Puritans who arrived in Massachusetts in 1638, just 18 years after the Mayflower. We have attended two family reunions in Massachusetts and each time we have gone to Plymouth to visit the historical reconstructions. Plimoth Plantation is a reconstruction of the village established by those who came on the Mayflower, as it would have been seven years after they arrived. The people who populate the village speak in the accents of the areas in England where the character they are playing originated from. They are very thoroughly trained and absolutely unaware of anything that has happened since 1627.

Samuel Fuller was the colony’s doctor and deacon, the only spiritual leader the church at Plimoth had in its early days. I wondered if the convictions he expressed with seeming sincerity came off along with the costume at the end of the day, or if they went deeper At a family supper that evening I had an opportunity to ask a cousin  who also played a character at Plimoth Plantation. She hesitated just a bit, then said “I think he has it in his head, but not in his heart.”

The two statements I have quoted hit the nail on the head. A Christian church must be made up of Christian people. That means people who have the truth in their heart, not only in their head.

That explains why my wife and I went from church to church during the first few years of our marriage. We met many fine people, we would be happy to call them friends today. But something didn’t seem right; it was never clear to us how many of them might actually have a relationship with the Shepherd. They all claimed to be following the Shepherd, but it often seemed like they wee receiving direction for their lives from other sources and there did not seem to be a closeness, a genuine trust and fellowship among the members.

We have been members of the Church of God in Christ, Mennonite for 41 years. We are not better people than the people in all those other churches we used to visit. We don’t all see things exactly the same way, we don’t always do things just right. But I believe that we all know the Shepherd and that allows us to trust one another. When problems and misunderstandings arise, and they do, we trust the Shepherd to help us sort things out, and He does.

That is what we were missing in all those other churches, that is what kept us searching, even though we might not have been able to put into words just what we were looking for. I believe the Shepherd was leading us, telling us that He had something better planned for us.

Jesus, speaking of Himself as the Good Shepherd, said: “And when he putteth forth his own sheep, he goeth before them, and the sheep follow him: for they know his voice. And a stranger will they not follow, but will flee from him: for they know not the voice of strangers.” John 10:4-5.