Why are they called potholes?

Leave a comment Posted by Bob Goodnough on April 21, 2020 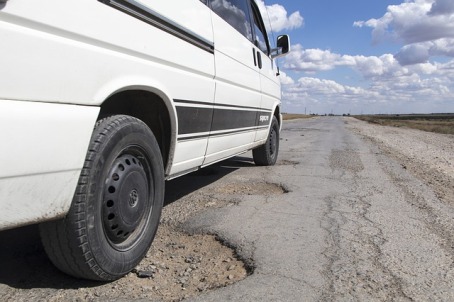 Image by Jacob Ode from Pixabay

In French, those more or less circular breaks in pavement are called nids de poule—chicken nests. I grew up on a farm where chickens were provided an outdoor run in the warmer months. The hens would scratch out circular depressions in the dirt in anticipation of filling them with eggs to be hatched. We always confiscated any eggs that appeared in those places. That memory is why nid de poule makes a great deal more sense to me than pothole.

By the way, it is illegal for ordinary citizens to patch a pothole, whether it be on the street in front of your house or on the highway that passes by your country home. It is too dangerous, say the folks from the city works department and the department of highways. Besides, the ordinary Joe doesn’t have the expertise to make a repair that will last.

I’m not altogether convinced of that last argument, but I guess it’s our civic duty to leave potholes for the government to fix.

Whimsy chickens, civic duty, nid de poule, potholes
← The signs of spring Is this the best way to spend your final years? →