Leave a comment Posted by Bob Goodnough on April 2, 2020 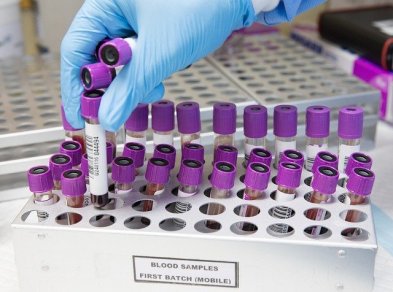 Image by Ahmad Ardity from Pixabay

Let the reader beware. These are my own contrarian views on the COVID-19 situation and not grounds to take things lightly. I am not a scientist or medical expert. Even if I am correct in what I say here, it still remains that elderly and infirm people are in danger and we need to take seriously the restrictions imposed by our governments for their protection.

With every communicable disease there is a point where enough people have developed immunity to it that health experts talk of herd immunity. That means that enough people are immune that there is almost no chance that one infected person can spread the disease to others.

That number varies according to how easy it is to catch the disease. Estimates for COVID-19 vary, but 70% seems to be a ball park figure. That is, once 70% of the population develops immunity, then there will be no more danger of an epidemic. Most epidemiologists are saying we cannot reach that level without a vaccine. I believe that development of a vaccine is urgent to protect the aged and infirm, because as many as 20% of them could die if they contract the virus.

What about the rest of the population? Do they have to wait for the vaccine before they can feel safe? What proportion of the population has already been exposed to the virus and developed immunity? No one knows. We are going on the assumption that the percentage is very low; but the only people being tested are those who display symptoms of infection by the virus or are known to have been exposed to it.

How many people have been exposed to the virus and shown no symptoms at all? We really don’t have a clue. I do have training in statistics and I would have confidence in the results of random testing of perhaps 1% of the general population. There is some talk of conducting such a study. What if it showed that 50% of the population has already been exposed to the virus and is now immune? That would mean that we are not too far from the number needed for herd immunity.

I have no more idea than anyone else where we are at in Canada. I believe there are more people who have contracted the virus than the present numbers indicate. If they were free to circulate during the first 14 days after contracting the virus they may well have spread it to others. But after that they are immune, even if they never showed any sign of sickness. Our whole medical system is in crisis mode right now, but it would help us to better understand the future if there were enough test kits available, enough personnel to administer them and enough lab time to analyse them.

Maybe that’s asking too much. Maybe we just have to wait and see how things play out in the coming weeks.

Whimsy aged and infirm, Covid-19, epidemic, herd immunity, statistics, testing, virus
← 5 ways to fight for contentment during lockdown – Premier Christianity Change and decay in all around I see →