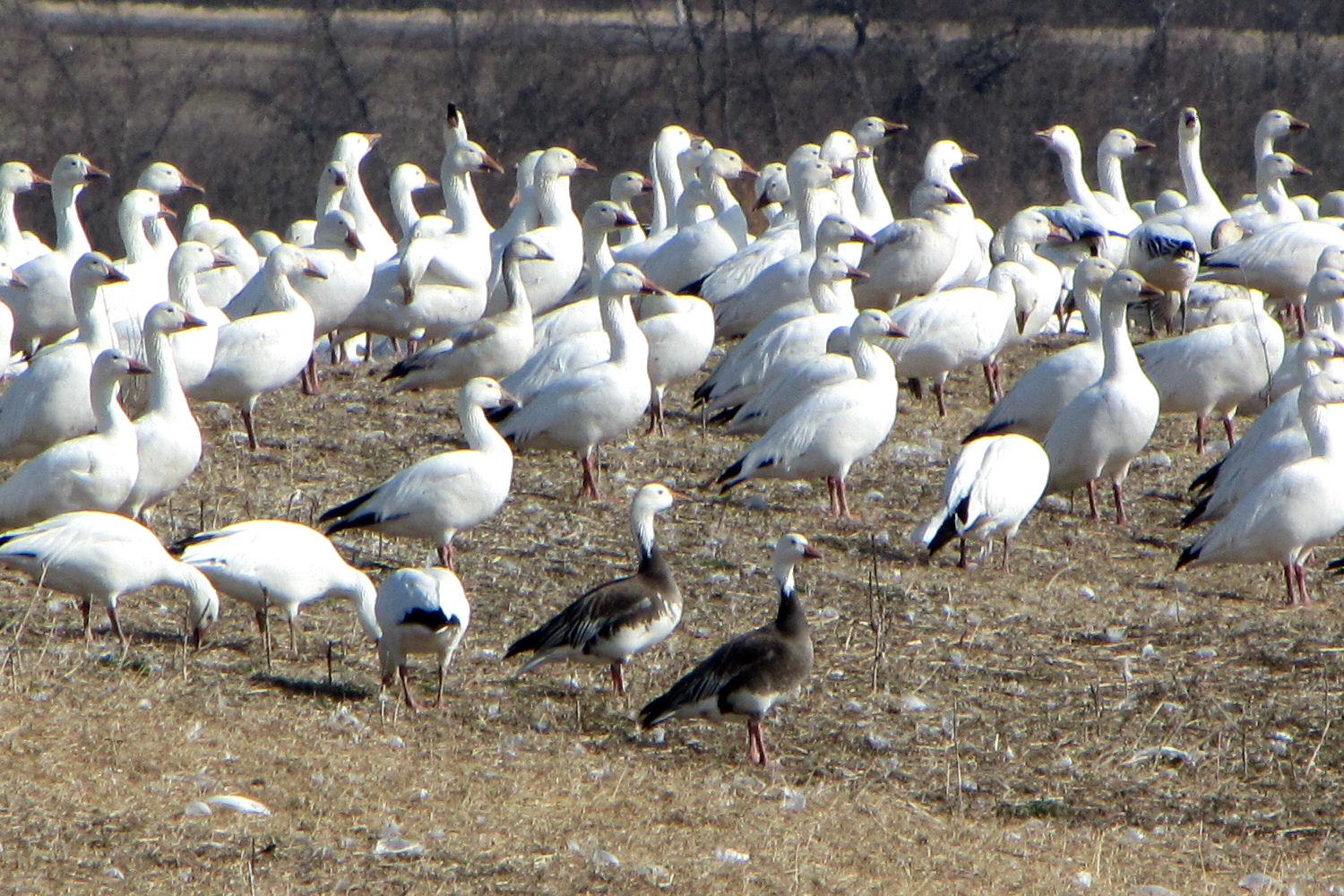 I asked my wife this morning if we should take today to go to the city for the things we needed, or if another day would be better. Then we got a message that the electricity would be turned off in our area from 10 a.m. to 3 p.m. That was our answer. School was cancelled for the day too. When we got home in the afternoon we heard the electricity never had been shut off.

On our way to the city we saw huge flocks of geese overhead. Occasionally there would be a field beside the highway that was covered with birds, thousands of them, the majority white but many a darker colour. Snow geese: we are located on their flyway and this is the time of the year they drop in to glean in the harvested fields. Snow geese are abundant, definitely not an endangered species. It is estimated that the breeding population is increasing by 5% each year.

At one time it was believed that the dark coloured geese that flock together with snow geese were a different species. Further observation has shown that they always flock together and that they interbreed. Nowadays they are all called snow geese, with two morphs of plumage colour: white and grey-blue. Not everybody has caught on to that yet, many casual observers still think they are two different species.

Sadly, many people have also not caught on to the fact that there is only one race of humanity, homo sapiens, with a great variety in colour and size. The Bible says we are all of one origin; the apostle Paul reiterated that on Mars Hill, saying all people are of one blood.

Evolutionary biologists used to dispute that, saying that there were different races of humanity. Genetic science has caught up with them, confirming Paul’s statement. Can we all just accept that?