The significance of Canada Day

Leave a comment Posted by Bob Goodnough on July 1, 2017 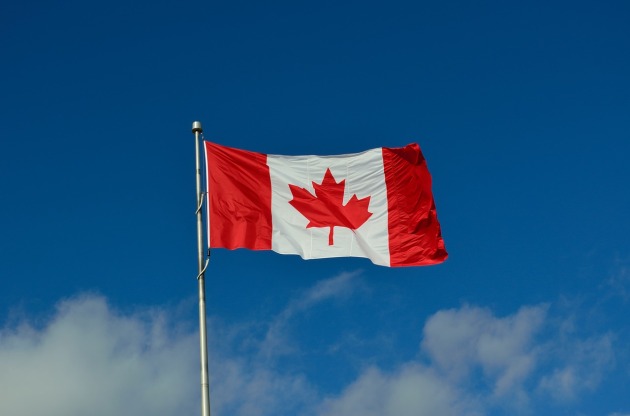 July 1 is Canada Day. This year we are celebrating the 150th anniversary of Canadian Confederation. Canadian history goes back much further than July 1, 1867. Why has this date been chosen as the birth of Canada as a nation?

A quaint notion has arisen today that before the coming of white people the aboriginal peoples lived in perfect harmony with nature and with each other. Their own oral history does not bear this out. There are many different ethnic groups among the First Nations people, which led to constant rivalry and conflicts over territory and hunting grounds. Wars and rumours of war are not exclusive to people of European background.

The beginning of white exploration and settlement introduced new sources of conflict. European settlers were divided between those who spoke French and those who spoke English and each group sought alliances with neighbouring aboriginal people.

Both were ruled by governors sent from England, assisted by a small , self-perpetuating coterie of local dignitaries. In Upper Canada the Anglican Church was the only legally recognized denomination and the ruling group was known as the Family Compact. When Mennonites from Pennsylvania began settling in Ontario around 1800 they had freedom of worship, but no authority to perform marriages. Lower Canada was officially Roman Catholic and the ruling group was called the Chateau Clique.

In 1837 there were armed uprising in both colonies, led by William Lyon Mackenzie in Upper Canada and Louis Joseph Papineau in Lower Canada. Both rebellions were quickly snuffed out, yet they resulted in a move towards more representative local rule. In 1841 Upper and Lower Canada were untied under a single government, with the two parts now called Canada West and Canada East.

The first election resulted in a majority for the Reform Party (the precursor of today’s Liberal Party) led by Louis Hippolyte Lafontaine and Robert Baldwin. This was the beginning of democratic self-rule. Baldwin and Lafontaine were reelected in 1848 and enacted a number of laws over the next three years that replaced British decrees that were felt to be unjust, another step towards self-determination.

In the 1860’s the Liberal-Conservative Party (precursor of today’s Conservative Party), led by John Alexander Macdonald and Georges Étienne Cartier, formed the government of what was then Canada. These men had a vision of a greater Canada that stretched from sea to sea.

They found kindred aspirations in Leonard Tilley of New Brunswick and Charles Tupper of Nova Scotia who agreed to a confederation of their colonies. On July 1, 1867 the new Dominion of Canada came into existence, consisting of four provinces: Ontario (Canada West). Québec (Canada East), New Brunswick and Nova Scotia. The title Dominion came from Psalm 72:8, “He shall have dominion also from sea to sea.” In recent years the title of Dominion has been dropped.

Manitoba was admitted to Confederation in 1870; British Columbia in 1871, with the promise that a transcontinental railway would be built. Prince Edward Island joined in 1873. The building of several intercontinental railways led to a massive influx of settlers to the prairies and the formation of the provinces of Alberta and Saskatchewan in 1905. And in 1949 Newfoundland became the tenth province.

The significance of July 1, 1867 is not that this was the beginning of responsible, democratic government, but that it was the first step in uniting widely separated colonies into a united nation that stretches from sea to sea. (Nowadays we say “from sea to sea to sea” as we border on the Pacific, Arctic and Atlantic oceans.)