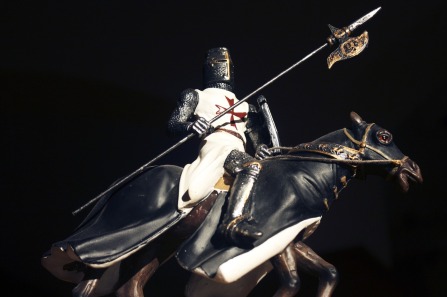 Islamic extremists are telling Muslim youths that it is their religious duty to strike back at Christian nations because they are descendants of the Crusaders who wreaked havoc upon Muslims many years ago. There are serious flaws in this simplistic approach:

1. The Crusades were efforts by the popes to expand their political influence. Religion was only a camouflage for their real purpose.

2. Crusades were directed against people who also called themselves Christians but were not Roman Catholics: The destruction of Constantinople, the seat of the Greek Orthodox faith; the Albigensian Crusade that soaked the south of France in blood.

3. The Crusades were manifestly contrary to the true faith in Jesus Christ, a fact recognized even by most Roman Catholics of our day.

4. It is absurd to label the nations of Europe and North America as Christian nations when the majority of people have no connection to a church.

5. The Crusades probably did as much harm to Christianity as they did to Islam. Besides the slaughter of innocent non Roman Catholic Christians, they have left a lasting stain on many people’s perception of Christianity.

In the same way, Islamic extremists of our day are doing more harm to their fellow Muslims than they are to Christians.

Leaving aside all thoughts about the nature of the Islamic faith, I believe most Muslim people want to live in peace. They don’t really want to be looked upon as accomplices or sympathizers of the extremists. Wouldn’t it be wonderful if Muslim parents and Imams everywhere could find a way to teach their children that acts of brutality and the slaughter of innocent children are doing more harm to other Muslims than to anyone else?