Leave a comment Posted by Bob Goodnough on June 6, 2021

Spring comes with a rush here. In a few weeks we go from brown grass and lifeless trees to an explosion of green, populated by a profusion of songbirds. Last to arrive are the swallows, wrens and hummingbirds. The little guy in the picture is a Carolina Wren. They don’t come here, but the house wrens in our yard are almost the same except the eye stripe is not as pronounced. They are very active, very vocal. heard more often than they are seen.

Summer here is short, but it is intense. Today there are 16½ hours between sunrise and sunset, which explains the explosive growth of trees, lawns, gardens and field crops.

Yet this is dry country, almost desert. The Palliser Expedition 0f 1860 described a large part of southern Saskatchewan as unfit for cultivation. There have been years of drought, but the development of drought tolerant grain varieties, along with improved tillage equipment and methods that disturb the soil as little as possible have made this an immensely prosperous farming area.

The prairie landscape was treeless, except along the rare water courses. the people who settled here planted trees around their farmyards and in their towns. Many of these trees, like poplar, Manitoba maple and caragana, might be considered weeds elsewhere. But they grow quickly and survive our harsh winters.

There are native wildflowers, like the prairie lily, crocus, scarlet mallow and wild rose pictured below. You have to look for them, though; because of the climate many grow close to the ground or only in sheltered areas.

Nurseries have selected and developed a great variety of flowers, vegetables, fruits and ornamental shrubs that are hardy for this area. So, for a few months every summer, our country blossoms like a rose.

Listen to the falling rain 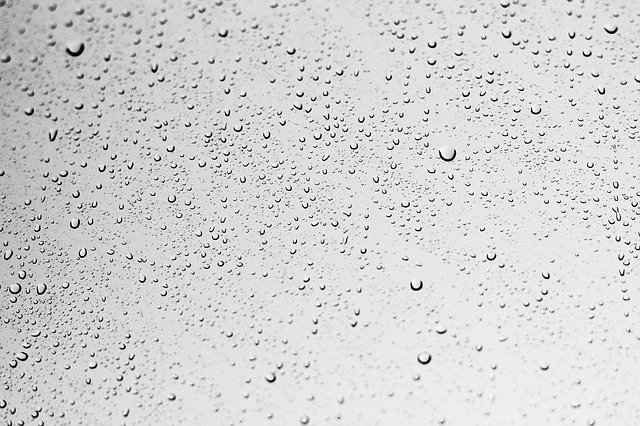 Image by Benjamin Nelan from Pixabay

In the nineteenth century an expedition was sent to survey the Canadian prairies to determine its suitability for agriculture. They reported that a large part of the prairies were far too arid to be farmed. That area is still known as the Palliser Triangle, after the leader of that expedition.

The Triangle has now been farmed for 100 years. In the 1930’s it seemed that the Palliser expedition was right. The rains all but ceased, nothing grew and the dust began to blow.
Farming methods have changed since then and this land produces good harvests in all but the driest years.

This year has been dry. The grain has germinated and is growing, but rain is needed. We had good rains here where I live ten days ago, but other areas received little or nothing. Days of heat and drying wind have depleted the moisture in the soil.

A light rain began at supper time and increased as the evening went on. The forecast says it will continue until dinner time tomorrow. This is what we call showers of blessing! Soon the growing crops will cover the soil and limit evaporation.

Here is a test for Christians: Do we rejoice when others get rain and we don’t?

Jesus said: But I say unto you, Love your enemies, bless them that curse you, do good to them that hate you, and pray for them which despitefully use you, and persecute you; that ye may be the children of your Father which is in heaven: for he maketh his sun to rise on the evil and on the good, and sendeth rain on the just and on the unjust.

God is not a respecter of persons, and he does not want us to be either.

In the 19th Century, before Saskatchewan was settled, a survey expedition led by John Palliser was sent west to evaluate the agricultural prospects of this country. They reported that there was a huge triangle  of land starting along the southern border of the Canadian prairies with its northern point near Lloydminster that would not be suitable for agriculture and should not be considered for settlement. Their conclusion was based on the scarcity of native trees, indicating a shortage of rainfall. This area has forever after been know as the Palliser Triangle.

They were not wrong about this being a semi-arid country, some of it is ranch country, but the triangle also includes a large part of the cultivated farmland of Alberta and Saskatchewan. My wife and I live in the heart of the Palliser Triangle; the soil in our area is sandy, the rainfall is scanty. Yet farmers have adapted their tillage methods and learned how to raise some pretty impressive crops in these circumstances.

This year was looking like it would be different. The rainfall in May and June was almost non-existent, the lowest on record. Last week the news media began talking of drought, saying the crop would probably be the poorest in decades.

Saturday it began to rain, and has rained off and on for three days. The main crops grown here are Canola, lentils, wheat and barley. They are all at the seed forming stage now and the rain has come just in time to make a huge difference.

Our brown lawn is turning green already. The pastures will revive, the trees and wildflowers will thrive. Even if the rains had come too late for this year’s crop, the renewed soil moisture would renew farmers’ hopes for next year.

Nature is always ready for a revival. Are we? Or do we accept dry and arid conditions as the normal Christian life? Or do we look for the excitement of thunder and lightning and underestimate the restorative power of gently falling rain?

A sound and light show, however thrilling it may be, will not by itself bring revival to a dry and thirsty land. It is the rain that we need. May we be ready to soak up the showers of revival, no matter how God may choose to send them.