The decline and fall of public education

Leave a comment Posted by Bob Goodnough on January 16, 2013

Chris was 17 when we got married and had just finished Grade 11.  She enrolled in Grade 12 that fall and rode the school bus to the nearest large town with a high school.  It didn’t last long — she was in a new community where she didn’t know any of her fellow students, she was the only married lady on the school bus and in the school and she had the responsibility of looking after a home.

Ten years ago she decided it was time to enroll in a G.E.D. course and obtain a high school diploma.  The first night she came home and said “I can’t get the answer to a couple of math questions.”  I looked at the questions in her book, the answers she had come up with and the answers given in the back of the textbook and told her, “You have the right answers, the book is wrong.”  It was like that throughout the course: the book gave the wrong answer for 20% of the math questions.  The teacher and Chris could calculate the correct answers; the rest of the middle-aged students needed help.

One evening the teacher began the class with a geography quiz consisting of a list of cities around the world and asking which country each city was found in.  Chris thought there would be a time limit and quickly answered all the questions, and answered them correctly.  Then she looked up and found the rest of the class was floundering.  Some thought Berlin must be in China.  Then they came to Ottawa and they were absolutely lost.  Chris suggested that they look it up in the atlas.  So they found Ottawa on the map and it was in Ontario.  “But Ontario is not a country,” Chris told them.  “Then what country is it in?” they wanted to know. 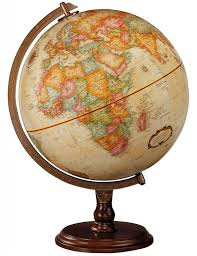 This was not a group of immigrants; it was a group of middle-aged Canadian-born people, mostly ladies.  And they did not know the name of the capital city of their own country!  “You must hear it or read it in the news every day,” Chris suggested.  “Oh we never listen to the news,” they replied.

Somehow they all passed the course and a graduation ceremony was scheduled.  The TV cameras were there and the Premier of Saskatchewan came to personally hand out the diplomas.  When Chris unrolled her diploma, she saw that Congratulations was spelled wrong!

Yesterday the National Post carried an article about a university professor in St. John’s, Newfoundland.  She teaches a sociology course about the cultural traditions of families in places around the world and about five or six years ago she began to suspect that her students didn’t have a clue where those places were.

Now she gives a pop quiz to her students at the beginning of every term.  75% of the students fail it.  Some will circle Africa and say that it is Europe.  Some will say that England and Ireland are in Africa.  Most don’t know where the Mediterranean Sea is found and many can’t place the Atlantic Ocean.  Newfoundland is an island in the Atlantic, St. John’s is the main port city, the students basically just have to look out the window to see the ocean, but they can’t name it!

The professor says these are bright students, the quiz wakes them up, they begin to study maps and never have a problem after that.  They simply have never been taught even the bare rudiments of geography.  It seems like the big wall maps and globes have disappeared from classrooms and there is no room in the curriculum for teaching things like this.